I am doing some research, planning and reading this weekend, so Chippie decided to stop by and wish everyone a Happy New Year.

My Facebook friends have been following his story for several months. He ran on the top of my neighbor’s fence several times a day carrying black walnuts from the tree in the woods. He would put them behind pieces of the windmill they build for Halloween.

When my neighbors took the pieces of the windmill out to assemble it in the front yard, they discovered Chippie’s stash – and it was a large stash. He was not happy with them for moving the windmill.

At first I thought Chippie was a squirrel, but he was very, very small and never grew taller, longer or wider during the several months I watched him. So I kept calling him Chippie and posting updates on Facebook about his antics at lunch and dinner.

I did get some pictures of him, and since I have a computer again, was able to upload them. Here are the best shots of Chippie from last year. Hopefully he comes back this fall as well. 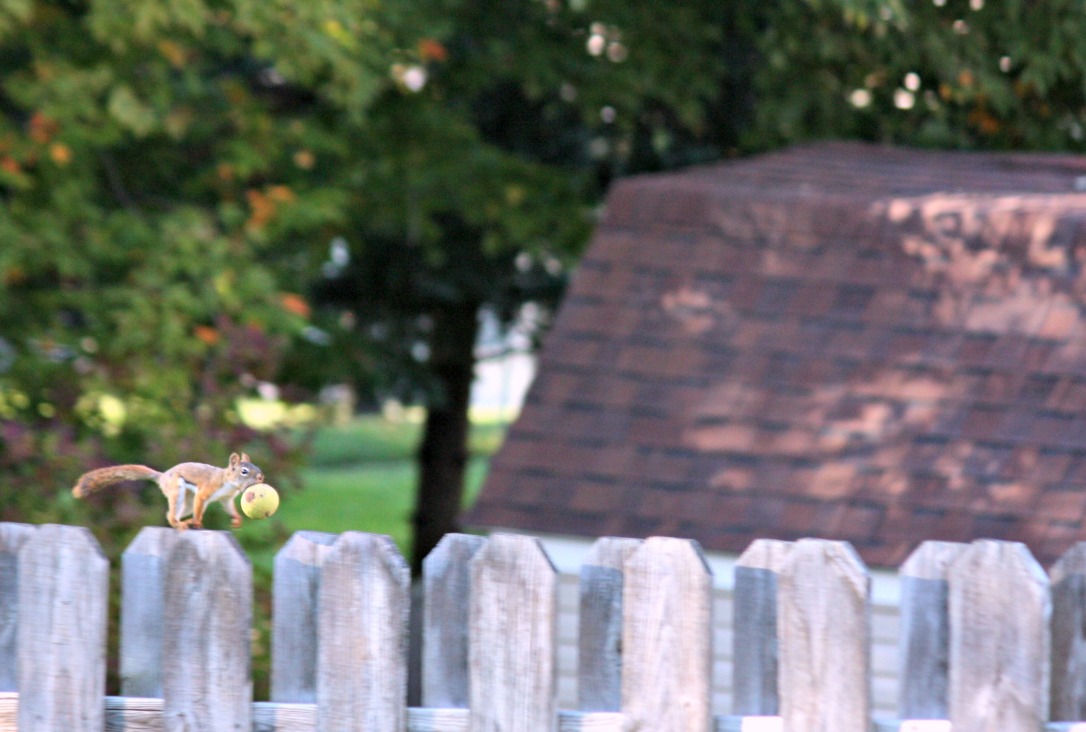 I guess since he built a stash of black walnuts behind a windmill, he should be called Don Quixote.       😉

Thank You For Scattering Joy

Sharing my stories, thoughts and opinions to encourage widows to learn and grow so they will flourish again.

The Faithful Prepper, A Christian’s Perspective On Prepping by Aden Tate

© Michele Kearns and JoyReturns.com, 2012-2023. Unauthorized use and/or duplication of this material without express and written permission from this blog’s author and/or owner is strictly prohibited. Excerpts and links may be used, provided that full and clear credit is given to Michele Kearns and JoyReturns.com with appropriate and specific direction to the original content.